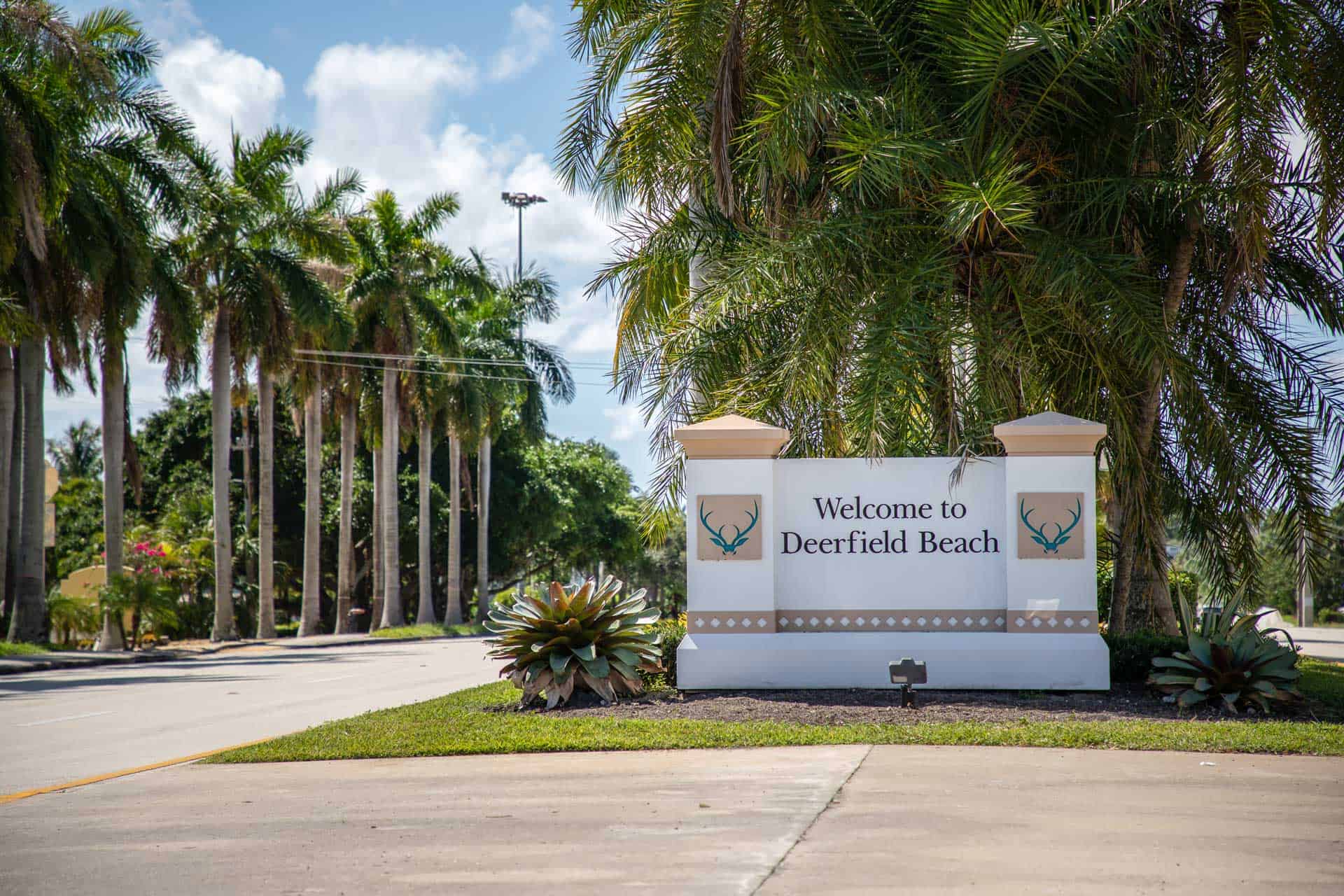 A History Of Deerfield Beach

It’s always interesting to hear about how a city earned its name, and with Deerfield Beach, the explanation is especially fascinating. It all comes down to the fact that there was such a large deer population in the area upon the community’s founding in the late 19th century.

But the Florida city wasn’t always referred to as Deerfield Beach. It started out as a settlement near the Hillsboro River, which resulted in its initial name of Hillsborough.

Can you believe it took eight years for the population of Deerfield Beach to reach a size of 20 people?
By 1898, Deerfield Beach officially had its own post office, a significant stepping stone to its overall growth.

Nowadays, Deerfield Beach has a population of 81,866 people. The natural beauty the city offers is what draws people to Deerfield Beach. Many of the local attractions revolve around water-based activities, such as water parks and boardwalks, but it’s a business-friendly city in general. It’s a hotspot for local and national businesses beyond the attractive resorts it boasts.

Deerfield Beach Boardwalk, Quiet Waters Park, Deerfield Beach International Fishing Pier, SunStar Aquatic Services, and Dixie Divers are some of the most popular businesses and parks in Deerfield Beach. Being located on the Atlantic Coast means there’s no shortage of opportunities when it comes to outdoor activities such as scuba diving, snorkeling, kayaking, bicycling, shooting, golfing, exploring, and biking in Deerfield Beach.

With the help of FFCC, the numerous brick-and-mortar stores and local companies in healthcare, dental, technology, and other industries operate with ease.

If you need a debt collection agency in South Florida, look no further than FFCC!
We’re located in Deerfield Beach, but we serve the entire Miami metropolitan and surrounding areas, including Broward, Palm Beach, Miami-Dade, Collier Counties, the Treasure Coast, Orlando, and throughout the United States.

FFCC has more than 50 years in the debt collection industry.

With decades of experience ensuring that businesses such as those in Deerfield Beach receive what they are owed, we combine our modern technology with our expansive knowledge to ensure your business is successful.